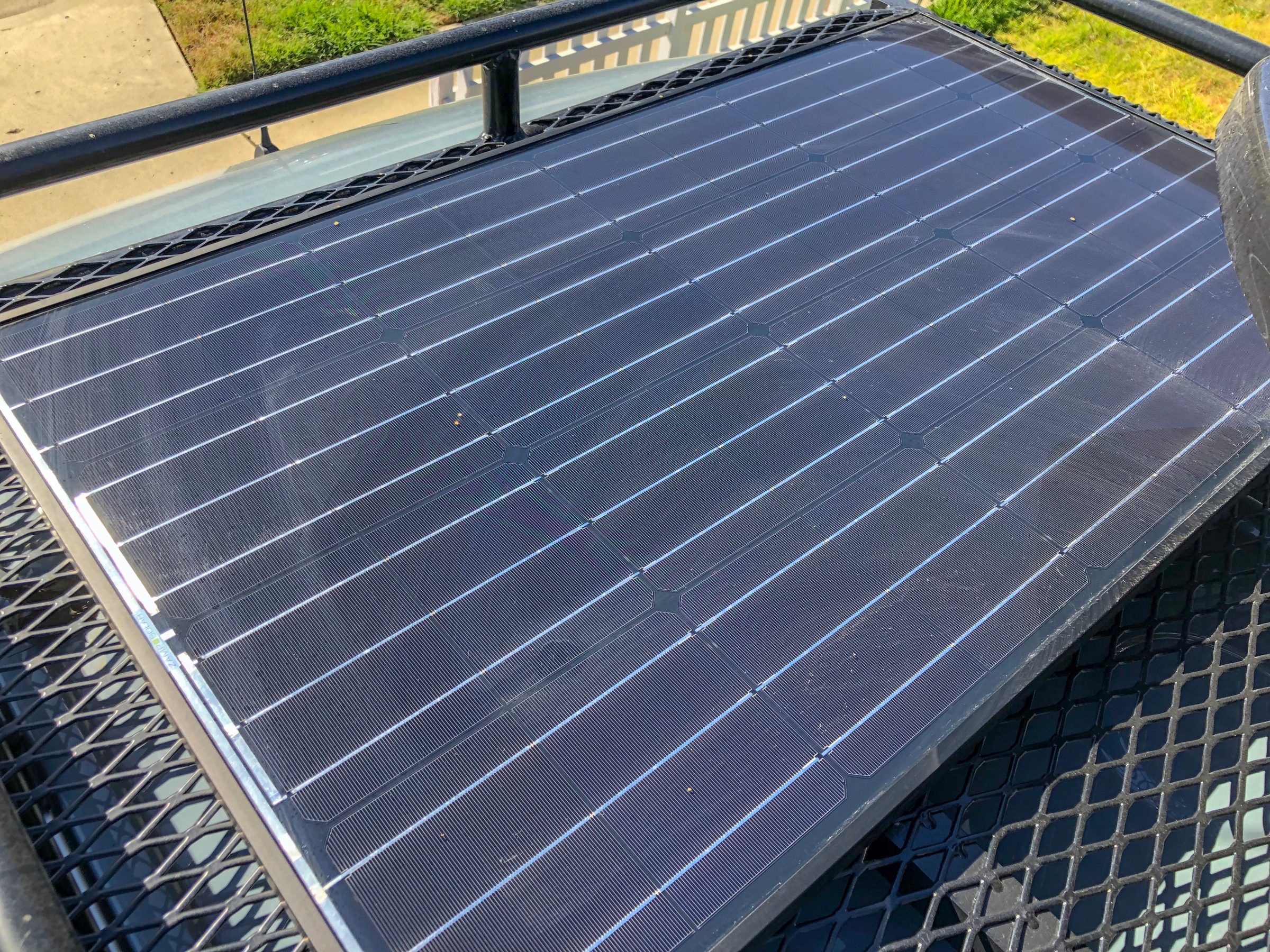 We designed our electrical system with the following goals in mind:

When we considered how to set up the solar and electrical system, when knew most often we would take shorter trips and move around from spot to spot most days.  For example, when we boondock on the 395 North corridor we often pick a spot to camp and then drive to the nearby rivers to fly fish or to the mountains to hike.  Occasionally we stay in place, but most often we are moving around to see the area.

With this moving mindset, we ordered our van with a factory auxiliary battery, called “Additional Battery For Retrofit” by Mercedes in 2017 to get started.  This was a huge cost-savings because it comes with a battery mounting hardware and wiring already set up to serve as a house battery.  The factory 12V 100Ah AGM battery was a great starter battery to gauge how much power we needed with only a small investment.  We found it ran the fridge and some lights overnight, but we learned that if we tried to run the inverter and charge cell phones, we would wake up to a voltage level at or below 11V.

After several months of testing we opted to upgrade to a lithium ion battery.  The additional battery retrofit made the battery upgrade process easy.  Our new lithium house battery can survive overnight with a heating blanket, cell phones, refrigerator, and some electric space heater usage all with power to spare to froth milk for morning Lattes 🙂

Of note, for higher draw items like boiling water or waffle irons, we still opt to crank the engine.  Although we’d love to be 100% off-grid even when running high-powered items, starting the engine helps us to run those higher draw items without quickly exhausting the battery since it’s only a 100 Ah.  Instead of installing multiple batteries to increase the size of our bank, we feel starting the engine is a small price to pay to gain the cost and space savings of having a single 12V house battery. 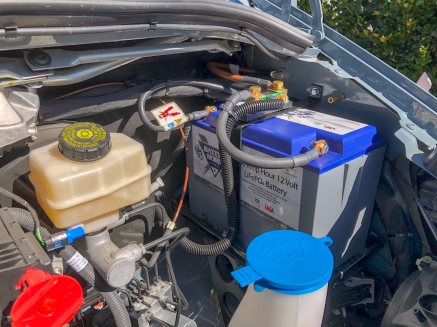